When it comes to doing chores, a lot of us had to take out the garbage or helping with other household chores in order to get our weekly allowance. Having your child do chores is not only helpful, but there are many benefits to this including learning to take responsibility and getting them used to doing less exciting tasks independently. A big debate in the parenting world is whether or not you should actually pay your kids to do these chores. There are definitely pros and cons to both, so what is the right thing to do? 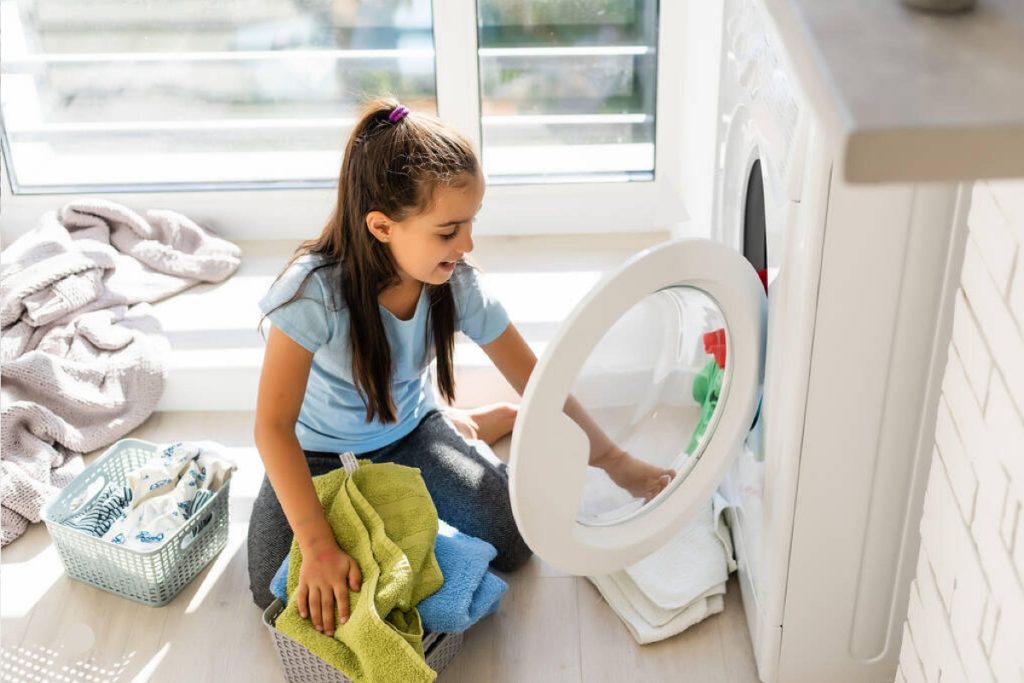 Should We Pay Kids For Doing Chores?

Ksenia Yudina, the CEO, founder, and CFA of UNest said: “Paying kids to do chores is a deeply personal decision, and every family should do what fits their unique financial situation. But it can be a great way to start teaching your kids about the value of money and instill healthy financial habits from an early age.”

How early is early? Well, Yudina says that you should explain finances to your kids in an age appropriate manner once they start to express curiosity about the subject. She said:  “Studies have shown that children begin to grasp money concepts by age three and that many of their money habits are set by age seven. That’s why we encourage parents to start teaching their kids about money as soon as possible.” She recommends starting at around 6 years old.

Candace Moses, who is the CMO and financial data analyst of Information, says: “Rewarding children for their efforts encourages kids to acquire an appreciation for the value of hard work.” Paying them for chores helps them learn about the benefits of working hard. 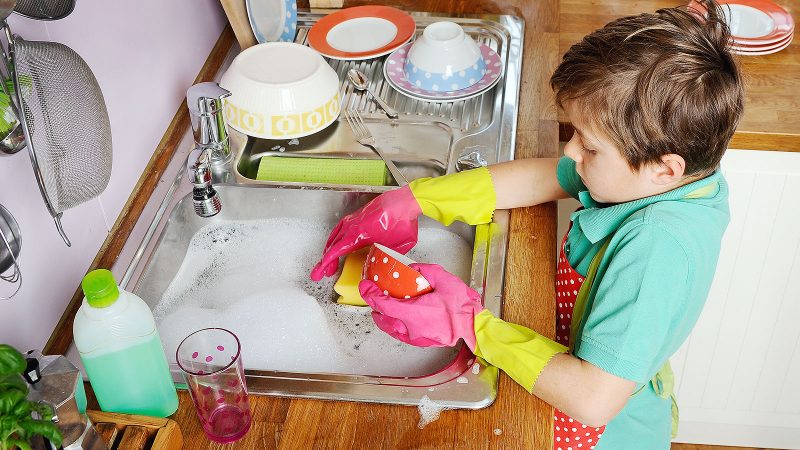 However, she does also say that “the incentive should be proportional to the task and appropriate for the child’s age group. It’s just not feasible for most families to pay children a lot of money for simple chores. If you’re going to pay your kids to do chores, make sure it’s fair in terms of both your budget and the complexity of the task. As a parent, you may encourage your children to do their duties by rewarding them for their efforts.”

However, some believe that not every single chore deserves to be a paid one. CEO of Emparion and CPA and tax strategist Paul Sundin says: “Basic chores, like cleaning their room or making their bed, shouldn’t be paid since kids should learn the value of living in a clean home while they’re young. Special chores, such as helping with the garden or washing windows, should definitely be paid for since children shouldn’t be expected to do those.” Others Say That Paying Kids For Chores Is Basically Bribing Them

On the flip side, some do not believe that doing chores merits payment at all. CEO of EmpoweringParents.com Kimball Lewis thinks: “Paying your child to meet an expected responsibility is akin to a bribe, and we do not recommend bribing your child to meet their expected responsibilities.” Lewis believes that linking money to chores might teach them to expect payment for good behavior and that they might stop doing the right thing unless they are getting paid for it.

Parenting focused clinical psychologist Nanika Coor, Psy.D. said: “When we use rewards/punishments to control children, they eventually stop working. You then have to make the reward more and more rewarding or the punishment more and more unpleasant — both are unsustainable. When you focus on your connection with your child rather than forcing them to do what you want, they’re more likely to cooperate voluntarily because they care about their relationship with you. Allowance is one thing, and ‘contributing to the family home’ — which sounds so much less horrible than the word ‘chore’ to a kid — is entirely another.” 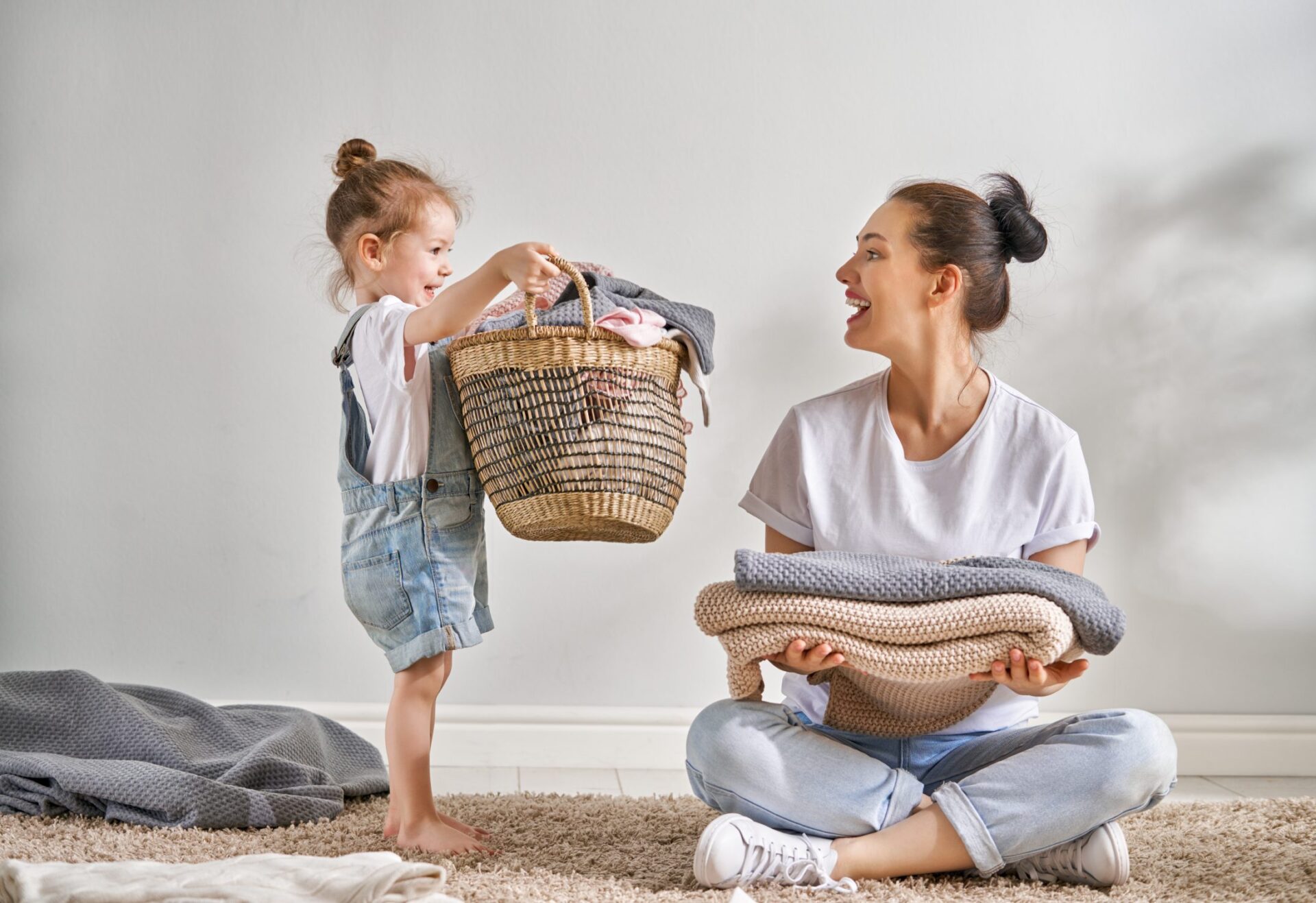 Some Say We Should Teach Kids To Help Without Paying Them

Kids financial literacy author David Delisle shared that his parenting goal “isn’t to incentivize kids to do chores but rather to teach them that we all participate in maintaining the household together as a family. I want them to see it as being part of a community and pitching in because it’s the right thing to do. Not because they will be financially rewarded.”

Delisle continued: “I like to separate chores from teaching finances and earning money.” Sometimes, when the two are intertwined, we can easily find ourselves with kids that are only willing to help out if they receive something in return… and none of us want that.”

When it comes to co-parenting kids after going through a separation or divorce, things can get complicated very quickly. Of course, in an ideal world, we…