While we have all been settling into life post-COVID restrictions, that means getting used to going “back to normal.” Of course, that means an increased chance of getting sick again, whether its COVID or a cold. Stay at home orders as well as mandated mask-wearing meant that many of us avoided getting sick even with a common cold or flu, which in the past was considered quite normal, especially during winter months. There Is Enough Promising Data To Request FDA Approval

However, now hospitals are seeing a huge increase in RSV, respiratory syncytial virus, which can be quite dangerous and harsh especially for children and babies. Now that many of the COVID restrictions have been let up, RSV has gone up dramatically, and is in danger of coming back in full.

Now, Pfizer has announced that they have enough promising data that its RSV vaccine could move past the study trial and submit for FDA approval by the end of 2022. The vaccine candidate would be given to women who are pregnant in order to have antibodies created in the placenta and therefore protect the baby after birth.

According to Pfizer’s senior vice president of vaccine clinical research and development William Gruber, “The [study data monitoring committee] recommended, based on the data that we have, that we should go ahead and file, that this offers the potential for a safe and effective vaccine that could really dramatically help to prevent RSV during the winter season.”

In the trials, the vaccine looked to be about 80% effective in preventing the severe cases of RSV in infants in their first three months of life after the vaccine was administered to the mother. It also cut the risk of a baby needing to go to a doctor due to RSV infection by about 50%.

As reported by CNN, the vaccine contains the F-protein that is in RSV and the virus uses in order to attach to human cells. The protein is frozen into the shape it folds into before it attaches to the cell, and that way antibodies are created by the immune system in order to fight it. The vaccine is bivalent, which means it contains F-proteins from the A and B subgroups of the RSV virus, the two most commonly found strains right now. 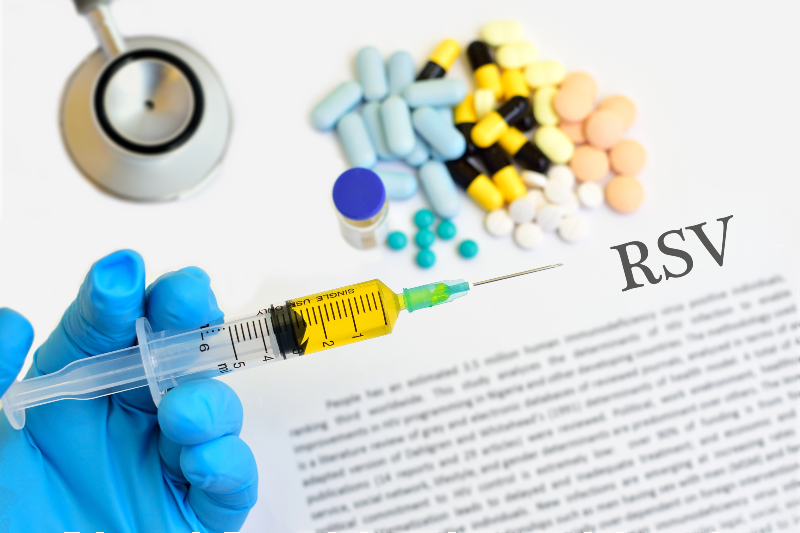 The RSV Vaccine Will Be Administered To Pregnant Women

RSV is usually most common in the fall, winter, and spring, but what was troubling was the increase during the summer. In June, the CDC released a memo that warned about the spike in RSV and prompted doctors to test for RSV should the kids be presenting with respiratory symptoms and tested negative for COVID.

Older babies and toddlers could experience worse symptoms of RSV since older kids have built up more of an immunity due to like higher likelihood of being exposed a few times during childhood. Those who have not been exposed to it over the past two years, because of COVID restrictions, will have a tougher time with RSV than older kids who have been exposed.

In September, RSV cases tripled for all ages, and the cases have been more severe than they typically would have been before. Many kids are in the hospital and are having trouble breathing. The virus’ typical peak times are in January or February.

If the Pfiezer vaccine is approved by the FDA, it will mean the first RSV inoculation and the first product that’s related to the virus in two decades.

Gruber shared: “That puts us in a very good position to essentially have something well in advance of next winter.” When it comes to co-parenting kids after going through a separation or divorce, things can get complicated very quickly. Of course, in an ideal world, we…